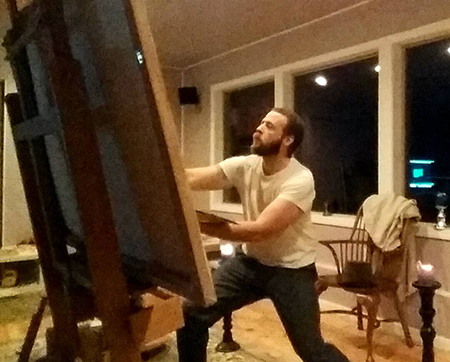 Born 8 1/2 months after his father died in a California courtroom shootout, Jonathan was forced to relocate more than 50 times before turning 17.


His solo debut "Yesterday's News" in 2005 reflected his perseverance and determination in overcoming the very difficult circumstances from which he came. Vibe Magazine recognized his penetrating originality, naming him a:

"Rising Star in the Art World"

With degrees in the arts from UC Berkeley, Cornell and Columbia Universities, Jonathan has exhibited in Asia, the Middle East, Europe (incl. Venice Biennale), North Africa, as well as throughout the US and his adopted hometown, New York City.


Jonathan is known for the physicality of surface and the contrast of vulnerability and strength throughout his work.

Voluptuously colored, wonderfully suggestive and lively post-Mondrian.
With just the right sense of hopeful desolation to suggest the times we live in.

With his ongoing exhibitions, Jonathan continues to establish himself as a leading voice of Avant Garde Realism. 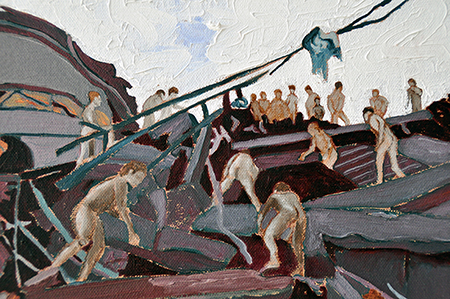